Articles on: Plugin Setup
This article is also available in:

What plugins you need on your Minecraft server

In this article, we will review some plugins that you might want to add to your server. Note that this is just a list of some of the plugins we find a majority of servers using, and is not opinionated. 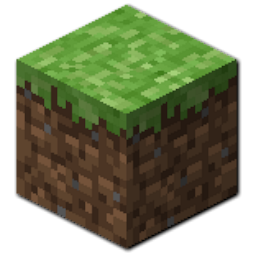 Recommended site for plugins requiring spigot or its forks: SpigotMC

AngelChest: spawn chests with player inventories when they die that they can collect for a small window of timeBetterSleeping4: 1-player sleep!ChestShop: make shops by having players buy items from chests using moneyDropHeads: have player heads drop where a player diesAuctionHouse: buy and sell items to and from other players using money through a GUITowny: a town and nation system to add politics and land claiming to your serverJobsReborn: A jobs plugin where players can complete tasks for rewards, just like real jobsQualityArmour: A guns plugin that adds weapons and ammo for shooting-based servers

AntiSpam: prevent players from spamming in the chatAntiSwear: keep the chat clean from curse wordsAntiVPN: prevent players from joining using VPNs or other proxiesCoreProtect: log all actions taken on your server and rollback griefed locationsGriefPrevention: a land-claiming plugin allowing players to easily claim plots and prevent griefingInventoryRollbackPlus: roll back inventories if they're altered or lost Learn how to setupWorldGuard: protect certain parts of your world such as spawn by preventing editing or mob spawning in an area 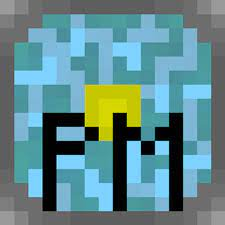 Recommended site for plugins requiring PocketmineMP or its forks: Poggit

Pureperms: rank and permission systemPurechat: addition to pureperms that allows you to display ranks in the chatEssentialsTP: teleport to other players, spawn, deaths, homes, or warpsSimpleWarp: set and teleport to warp locations that are unique to each playerEconomyAPI: the ultimate economy system for all money-oriented pluginsMultiworld: have multiple accessible worlds simultaneously in the same server (also generates nether and end biomes)BetterVoting: connect your server to its voting site and reward players when they voteSimpleFactions: a faction and clan prefix systemBroadcaster: broadcast messages at certain intervals to all online playersBuilderTools: basically like WorldEdit for Pocketmine, it allows you to copy/paste and generate shapesPureEntitiesX: spawn mobs with AI in your server (pocketmine doesn't by default)Slapper: spawn custom NPCs that can execute commands when clickedWilderness: teleport anywhere randomly in your world or within a radius through the use of one commandWorldGuard: protect certain parts of your world such as spawn by preventing editing or mob spawning in an areaMultiServerCounter: have a network of many servers? This plugin allows you to show the player count of all those servers combined

CustomShopUI (Made by our CEO!): buy and sell items of all typesPiggyCustomEnchants: add new, cool and customizable enchants for items and tools in your serverAuctionHouse: buy and sell items to and from other players using money through a GUIPiggyCrates: a crate creation plugin that allows keys to be given to players so that they may open cool crates filled with itemsPlayerVaults: allow players to create one (or multiple) secret inventories where they can store precious items

Invsee: observe and edit player inventories using a GUIShadowAntiCheat: an anticheat that detects flying, unusual movement, or any kind of unfair advantageVPN guard: prevent players from joining using VPNs or other proxiesBanitem: prevent players from accessing items that you want bannedChatCensor: block spam, caps, curses, IPs, or any other malicious expression in the chat 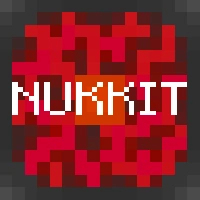 Recommended site for plugins requiring Nukkit or its forks: Cloudburst

LuckPerms: a rank system for your server (staff ranks, prestige ranks...) that can be set up to display as prefixes in the chatEssentialsNk: similar to the Java plugin, it provides basically everything you could need for a customized server, from bans to economyEconomyAPI: the ultimate economy system for all money-oriented pluginsWorldEdit: a fast world editing tool to quickly create shapes, copy and paste, configure...MultiWorld: have multiple accessible worlds simultaneously in the same serverWorldEssentials: add the possibility for different inventories and gamemodes for each of the server's worldsSimpleAnnouncer: broadcast messages at certain intervals to all online playersSimpleScoreboards: create scoreboards using placeholdersPlaceholderAPI: retrieves data from plugins and allows you to use it in the form of placeholdersNPC: spawn custom NPCs that can execute commands when clickedHolograms: create holograms with colored text or icons

QuickShop: set up shops and sell/by items by simply using signsEconomyShop: buy items of all types from the server storePets: tame pets and keep them as little companions throughout your adventures

SRegionProtector: protect certain parts of your world such as spawn by preventing editing or mob spawning in an areaGAC: an anticheat plugin that detects flying, unusual movement, or any kind of unfair advantage that a player could havePlease note that some plugins have dependencies (require other plugins to function)Want to suggest more plugins? Let us know in our discord and we may add it!